Skip to content
I spent most of my primary school years in Chinchilla where my Dad was a builder. I had a few uncles with properties in the region, so I have always had a love of Western Queensland and farming life. My first ever drive was in a 40 series ute on a sheep property near Kogan. Dad’s work truck back then was a 1977 HJ45 ‘Tilly’, which started an early admiration for ‘Tojo’s’ as we called them. In 2009 I had the opportunity to buy a one owner example from a farmer in Bowenville. It was an unmodified example and truly never been on the beach. Both my kids and a few mates lads have had their first drives on in ‘Old Leaky’.

HJ45 Ute. 6/1980 (bridging model between HJ45 and HJ47). I am the second owner. 3.6 H Diesel Motor. Custom tray – 1970’s tradie style (no overpriced impractical style side trays to be seen here ) A few mods have been done as a tribute to my dad’s ute. Running original leaf springs reset to factory specs by Spring Master at Brendale. 2 sets of wheels. 5 x original splits cheese cutters (bush hoops). 5 x period correct vintage Japanese Enkei ‘jelly bean mags’ (townie hoops). Called ‘Old Leaky’, as the cab filled with water during a downpour (she is fish bum tight and dry now). Special thanks to ‘Mr. Super 40’s mechanics’ Ray Saggal and the team at Hendra Motors for helping me get the ute sorted for the trip. 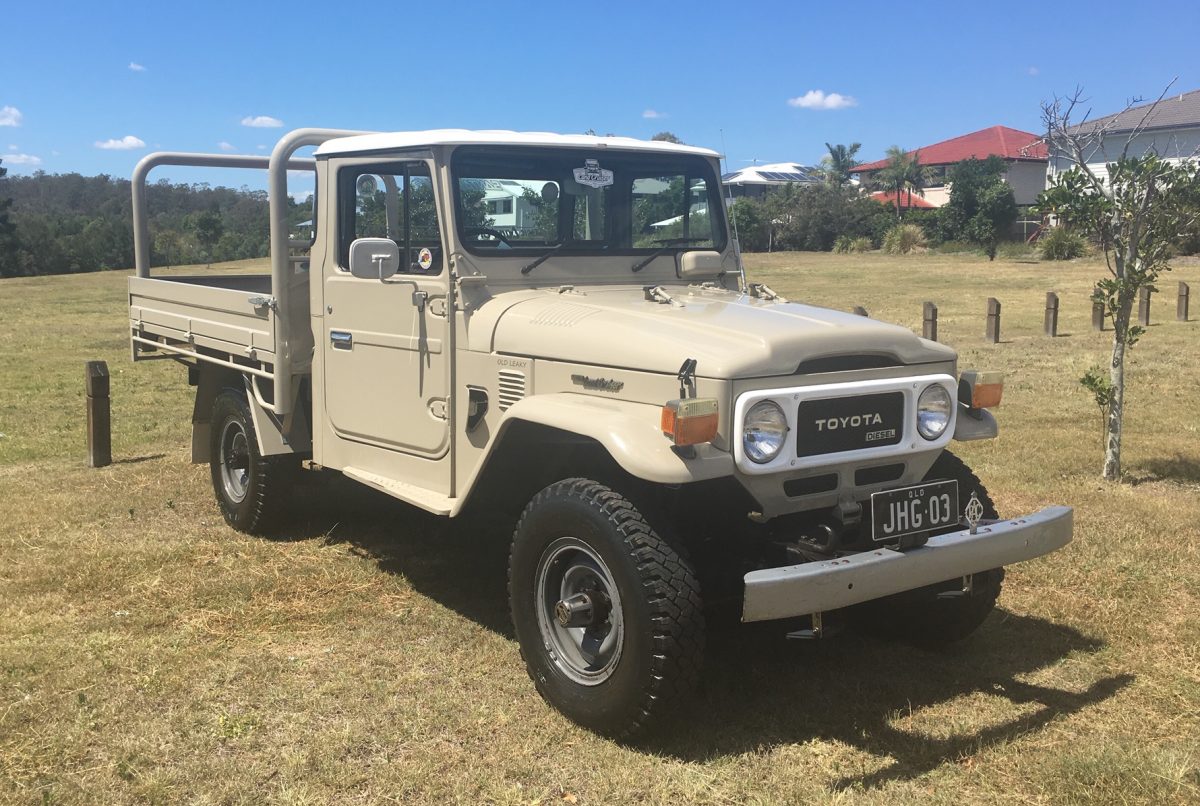 A Long Drive for Drought is a fundraising initiative in association with Drought Angels. Every dollar raised will go directly to supporting farmers and families in drought stricken communities. We thank you for your support.